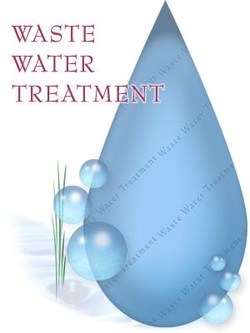 Waste Digester also works to reduce waste and odor in
Residential SEPTIC Tanks and lines. Typical treatment for the powder is
two ounces for the initial two weeks and then one ounce every week regarding a
typical 1000 gallon tank. The initial dosage for the liquid in a 1000 gal.
septic tank is 8 oz., then 2 oz. every week. When treating septic tanks, it is
always better to treat weekly, rather than bi-weekly. This is because if some
type of chemical (such as bleach) enters the tank, the pH can be raised above
the safe level of 9.0, possibly killing the bacteria. Thus, the need for
regular  weekly treatments.


Waste Digester, with its concentration of bacteria and enzymes, is more effective and efficient at digesting various toxicants in waste treatment systems, as opposed to the natural or existing strains. The biochemical capacity  is greatly improved by the addition of enzymes, in every type of application,  including lift stations, collection systems, scum pits and trickling filters.  The select bacteria produces higher concentrations of enzymes and establishes  rapid flocculation with accompanying digestion rates, thus increasing efficiency  of the waste treatment system. Higher concentration, varying compositions and  rapid velocity of biological degradation are gained by using Waste Digester. It  helps reduce B.O.D. (Biological Oxygen Demand) and suspended solids. The  reduction of sludge volume that accompanies digestion, is due to the  liquefaction and gasification of organic matter and the destruction of water  binding matter. The more efficient sludge digestion, with its decrease in sludge  volume, in effect gives added capacity without capital expense. Less volume to  pump out and a dryer cake.

Waste Digester can also be used on a regular basis for residential, rural septic, leach fields to keep them moving properly!! Replacing a septic field is very expensive! People in rural areas should look into this application!! One of  the main reasons for septic field failure; the clogging of the pores of the soil, preventing absorption. Grease and oil are the big culprits. Septic tank hold everything from the house that goes down the drains. However, the septic field gets the overflow effluent. It is the liquid oils and grease, that escape from the septic tank, that clog the septic field.

Synthetic detergents such as Sodium, Alkyl Benzene Sulfonate (ABS) and Sodium N-Dodecyl Benzene Sulfonate (LAS), because of their particular physiochemical
properties, have altered the efficiency of sewage treatment systems by decreasing measurably, the rate of oxygen transfer in these systems. This interface of oxygen transfer can reduce the capacity of an activated sludge plant by as much as 30 to 40% and further increase the residence time required to process the sewage for optimum flocculation and overall BOD reduction. In order to minimize the effects of ABS, LAS and other closely related syndets and detergent compounds, Waste Digester contains the micro-organisms biologically capable of degrading higher concentrations of these detergents at faster rates, thus reducing process residence time and effluent BOD levels. In a case history,  an Eastern Oklahoma municipal-activated sludge plant experienced difficulty with  extreme variations in removal efficiency regarding suspended
solids (53 to 86%,  average 70%) and BOD 69 to 89%. Waste Digester application resulted in suspended  solids elimination increasing to 92% average and BOD to
91% average reduction.  These results were obtained during the five-month "difficult" period.

Apply Waste Digester at the lift station farthest from the plant. Waste Digester can be applied to the system manually or preferably by using a feeder. If the feeder is used, an electrically or battery operated metering pump can be set to feed the product into the system. The product will then digest waste and grease organics both in the station as well as down line. Approved by the city of San Diego, CA for use in their sewer system.

To Treat Areas Inside the Municipal Plant

Apply Waste Digester to influent lines to aerobic secondary or the beginning of the biological wastewater treatment process. As in the lift stations, a voluntary feeder can be used to automatically dispense the required amount of product over a 24-hour period, thus allowing operators to balance the overall plant system more easily. Waste Digester is sold in 12 oz jars, quart & gallon bottles, 25 pound pails, 5 gallon buckets and 55 gallon drums!


Please contact us for the MSDS sheet. All of our products are non hazardous and non chemical.